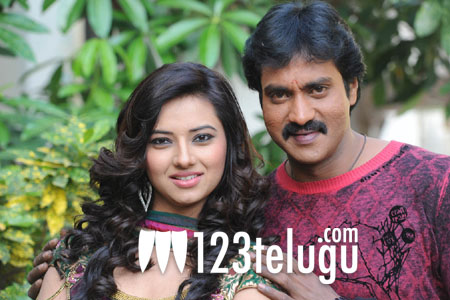 A new film starring Sunil and Isha Chawla was launched earlier today in Ramanaidu Studios, Hyderabad. Megastar Chiranjeevi was the chief guest of the event. The film is a remake of Tanu Weds Manu and the Telugu version has been tentatively titled as Radha Krishnudu. Sunil and Isha Chawla are going to reprise the roles of Madhavan and Kangana Ranaut. Devi Prasad is going to direct this film and Paras Jain, NV Prasad are going to produce the film on Mega Super Good films banner. Sunil and Isha Chawla’s recent film Poola Rangadu turned out to be a hit and expectations are high on this film as well since it is a remake of a hit Hindi film. Meanwhile, there’s a rumour that Suresh Babu has signed Sunil for a new film to be directed by Udayshankar. Looks like Sunil might soon join the big league if he plays his cards right.