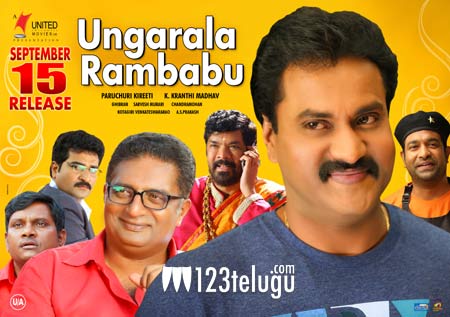 Sunil’s upcoming entertainer, Ungarala Rambabu is gearing up for a September 15th release. Meanwhile, the film went for a censor clearance today and obtained U/A certificate.

Sunil, who is facing a tough phase with back to back failures has pinned hopes on this film which is directed by Karnthi Madav.

Malayali beauty Miya George is the film’s leading lady which also has Prakash Raj in a prominent role. Paruchuri Kireeti has produced the film under his United movies banner. Ghibran scores music.