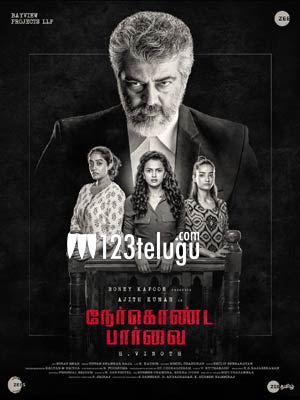 Star hero Thala Ajith continues to be drenched in praises for his riveting performance in his latest hit, Nerkonda Paarvai, and making a bold decision to act in such a crucial movie. Apart from fans, even several Tamil film stars have appreciated Ajith.

Now, none other than Super Star Rajinikanth himself has praised Ajith. Rajini reportedly watched a special screening of Nerkonda Paarvai recently and was quite impressed with Ajith’s performance and the film on a whole. Rajini later surprised Ajith by extending his greetings. Rajini also appreciated the film’s director H Vinoth on the much deserved success.

It’s well known that hero Suriya and his wife Jyothika too had sent congratulatory notes and flower bouquets to Ajith and H Vinoth after watching Nerkonda Paarvai.