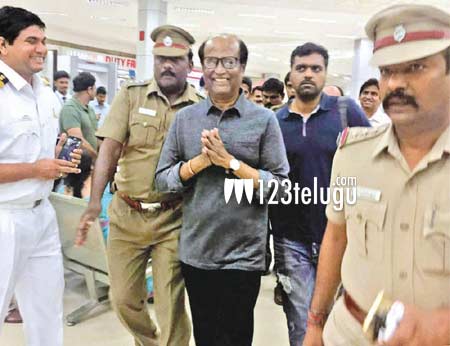 When all the hype and hysteria was being created for Kabali in India, super star Rajni chose to holiday in the US. Now that he has come back, reports from Chennai suggest that Rajni will host a special screening of his film for of a selected few.

Even though critics have panned the film, Kabali is racing ahead with some shocking collections all over. With the initial hysteria dying down now, it would be really interesting to see how the film fares from now on.

Radhika Apte who won super appreciation as Rajni’s wife will be one of those who will be invited for the screening. Directed by Ranjith Pa, Kabali is based on the story of an ageing don who fights for the rights of Tamil’s in Malaysia.