Superstar Krishna cancels his birthday celebrations
Published on May 31, 2017 11:45 am IST 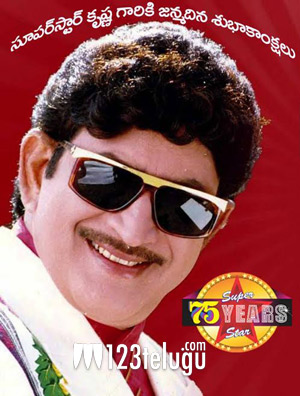 The entire film fraternity across the country is mourning the loss of veteran director Dasari Narayana Rao who passed away last night. All the film related events, including film shootings​ and screenings have been called off for today as a mark of respect towards​ the departed filmmaker.

Superstar Krishna, who turns 75 today, too, has cancelled his birthday celebrations that were to be held today by his fans and industry well-wishers. Krishna also paid his last respects to Dasari’s mortal remains earlier today.

Incidentally, Spyder’s teaser, which was supposed to be released this evening, has been postponed to tomorrow morning as a mark of respect.

Meanwhile, Dasari’s mortal remains have been taken to the Film Chamber, where fans and industry colleagues will pay their last respects. Dasari’s last rites will​ be performed at his Moinabad farmhouse this evening.