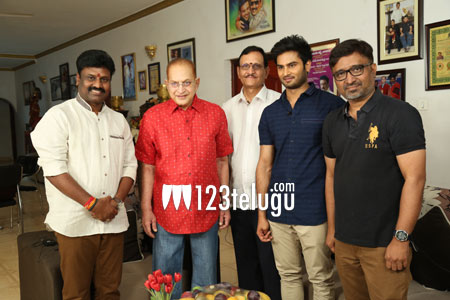 Biopics are the flavor of the season and many are making films on legendary personalities who have made a name for themselves. On the eve of superstar Krishna’s birthday, Sudheer Babu took an interview of superstar and asked him who should direct his film if a biopic would be made on his life.

Speaking about the same, Krishna said that there are way too many directors in Tollywood and as of now, he does not find anyone fit to direct his biopic. Krishna launched the theatrical trailer of Sammohanam and wished his son in law, Sudheer Babu all the best for the film.

It would be very interesting to see if a biopic would be made on Krishna as he has been one of the star actors who ruled the industry for years together.