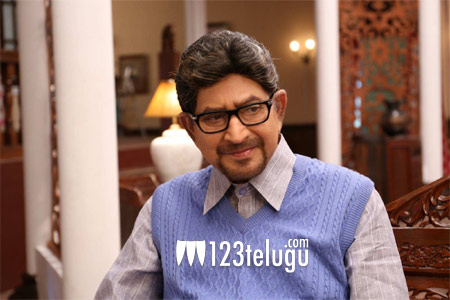 It’s well known that legendary actor Superstar Krishna had also directed several classic hits such as Simhasanam, Mahesh’s Balachandrudu, Koduku Diddina Kapuram and Mugguru Kodukulu. Now, after almost a couple of decades, he has donned the director’s hat once again.

Krishna has directed a scene from his grandson Ashok Galla’s ongoing debut film. Apparently, he once visited the film’s set to see how the shoot was progressing. The film’s director Sriram Adittya was thrilled to have Krishna on sets and went on to request the veteran hero to direct one scene and Krishna obliged. Well, fans will have to wait until the film’s release to witness Krishna’s special gesture.