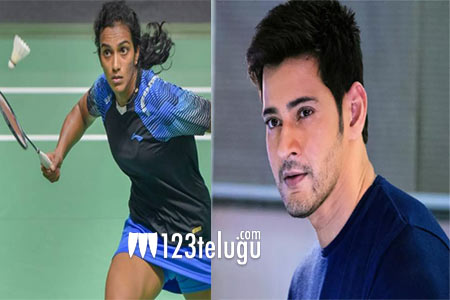 It was a glorious moment for India and Indian sports when PV Sindhu, ace badminton player, won the prestigious Badminton World Federation World Tour title. She defeated Nozomi Okuhara in the finals after a tough match. Incidentally, this is her first major title after she won the silver medal at Rio Olympics.

The ace shuttler was praised for her stunning feat and Telugu film celebs too joined the chorus. Superstar Mahesh Babu complimented Sindhu saying that the whole nation is proud of her, and encouraged her to keep reaching for the stars.

Interestingly, it was the final tournament of the season for Sindhu, and she ended the year on an impressive note.

What an incredible feat!!! Huge congratulations on winning the BWF World Tour Finals title @Pvsindhu1 👏🏻👏🏻👏🏻
The whole nation is proud of you… Keep reaching for the stars! #BWFWorldTourFinals2018