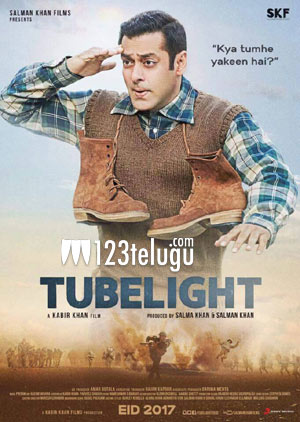 The release of Baahubali has become so big that every film wants to get associated with it in any way possible. Even the likes of superstar Salman Khan does not want to loose this huge opportunity and has decided to screen the teaser of his film Tubelight with Baahubali.

The teaser of Tubelight will be showcased with Baahubali’s Hindi release prints. Reports suggest that Salman Khan himself made this plan as he clearly knew that Baahubali will be seen by everyone in the theaters.

Kabir Khan directs Tubelight which is set for a release on Eid 2017.