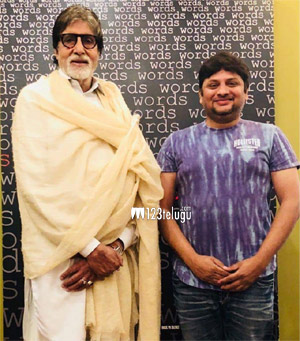 From the past few weeks, there have been several reports stating that Amitabh Bachchan has walked out of Sye Raa. The latest picture going around the social media showcases Sye Raa’s director Surender Reddy posing along with the Big B himself.

This clearly shows that the megastar is still part of the film and all the reports going around are false. This will be the first time that Amitabh will mouth Telugu dialogues in his career.

Sye Raa is produced by Ram Charan on his home banner. The second schedule of the film will kick start in Hyderabad very soon.