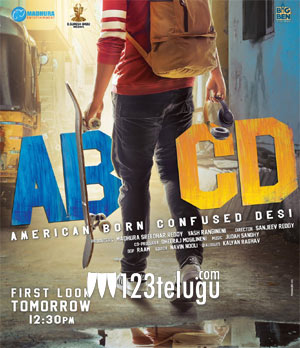 ABCD is one film which has been in the news right from the moment it went on floors. The film has now completed its shoot and the first look will be out tomorrow.

What’s more interesting is that senior producer Suresh Babu has decided to associate with the project and will now present the film.

Allu Sirish plays the main lead in this film which is the remake of the Malayalam hit. Sanjeev Reddy is directing ABCD on a large scale and Pellichoopulu producer Yash Rangineni and Madhura Sreedhar are jointly making this film.