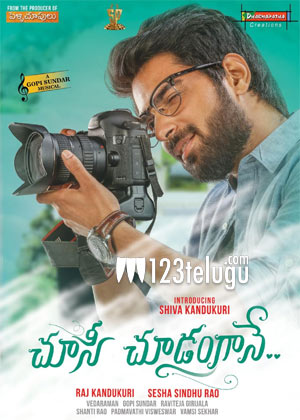 It’s well known that Pellichoopulu producer Raj Kandukuri’s son Shiva Kandukuri is making his debut as a hero. Touted as a breezy romantic comedy, the film is titled Choosi Choodangaane. 96 fame Varsha Bollamma is the leading lady in the movie.