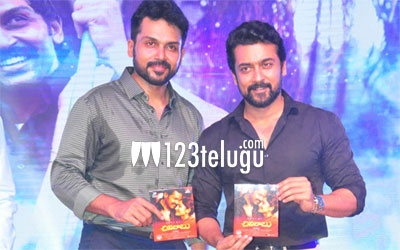 Star hero Suriya has turned producer yet again for his brother Karthi’s upcoming rural drama, Chinna Babu. The film is releasing on July 13. Karthi plays the role of a farmer in the movie. Chinna Babu highlights the importance of farmers.

Recently, Suriya announced that he is proud to produce Chinna Babu and that he is dedicating the movie to the farmers community. Chinna Babu has Sayyeshaa and Priya Bhavani Shankar as the female leads. Telugu actor Shatru is the main antagonist in the movie.