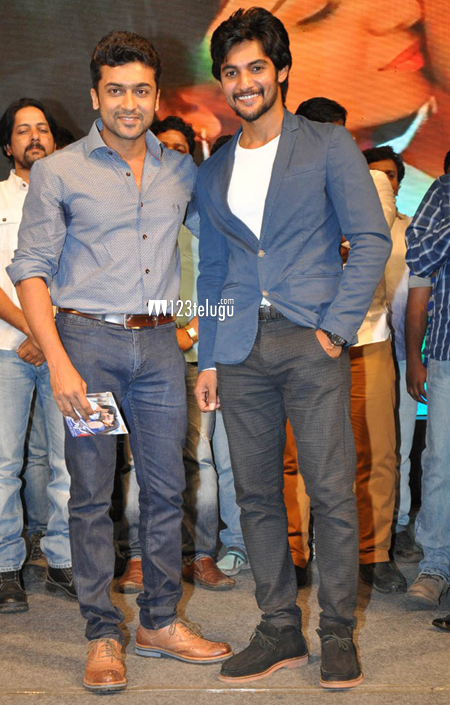 Actor Suriya showed his humility once again. He attended the audio of Rough. Although his base lies in kollywood, the actor is ensuring that his presence is felt in tollywood as well. He donated a hefty amount for the hud hud victims. He participated in the promotions of Sikander. Now, he has attended the audio launch and made it quite special for both Aadi’s and his dad Sai Kumar. Several biggies like Rana, Nithin, Vamsi Paidipally and Boyapati Srinu have attended the audio launch.

The theatrical trailer of this film looks interesting as Aadi has muscled up for this film which has all the commercial elements to make it big at the box office.