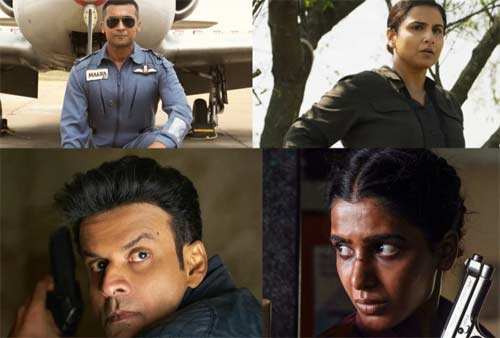 Suriya has bagged the Best Actor (Feature) for his inspiring and spirited performance in Soorarai Pottru (Aakaasam Nee Hadduraa in Telugu). Soorarai Pottru has won the Best Film award. And Bollywood star Manoj Bajpai has been adjudged Best Actor (Series) for his splendid act in the acclaimed Amazon Prime series, The Family Man 2.

Even Samantha has won the Best Actress (Series) award for The Family Man 2, which marked her debut in the digital world. Finally, Bollywood actress Vidya Balan walked away with the Best Actress (Feature) for her poignant performance in Sherni.