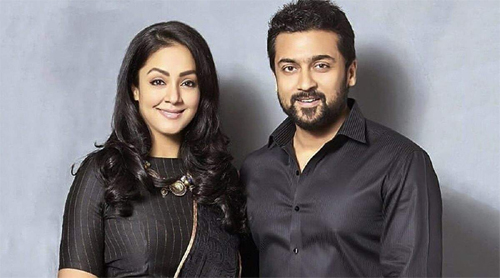 Star hero Suriya married heroine Jyothika in 2006 and the couple has been leading a happy life since then. Before marriage, both Suriya and Jyothika acted together in a few films.

After the 2006 film, Nuvvu Nenu Prema, the couple was not seen together on the screen. But now, the latest news is that Suriya and Jyothika are soon going to share screen space in a film.

Reportedly, Bangalore Days fame Anjali Menon has been penning a soulful script keeping the star couple in mind. We need to see when this film materializes in the days to come.