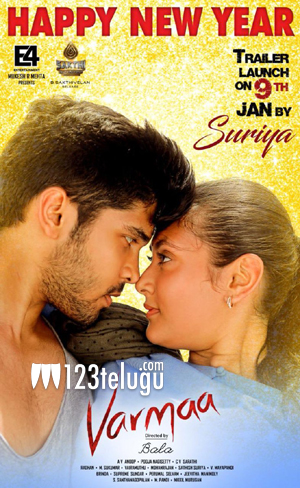 Finally, the promotional activities for Varmaa, the Tamil remake of the blockbuster Telugu romantic drama Arjun Reddy, are going to begin. The film’s theatrical trailer will be unveiled by star hero Suriya on January 9.

National award-winning filmmaker Bala has directed Varmaa and E4 Entertainments banner has bankrolled it. Varmaa is slated for release during the Valentine’s Day weekend in February.