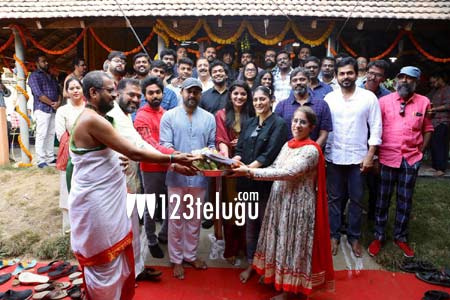 It is already reported that Tamil star hero Suriya is going to collaborate with director Sudha Kongara for a film. Touted as a biopic based on the life story of Air Deccan Captain Gopinath, the film marks Suriya’s 38th project.

Meanwhile, the film’s formal launch happened today in Chennai. Along with Suriya and director Sudha, the core cast and crew members were present at the event. Aparna Balamurali of Sarvam Thaala Mayam fame, Vivek Prasanna and Kaali Venkat will be seen in key roles in the movie.

Suriya’s home banner 2D Entertainment will be bankrolling this as yet untitled project in association with Oscar-winning Bollywood producer Guneet Monga. GV Prakash Kumar is the music composer.