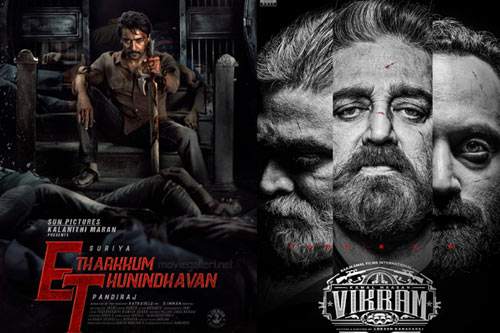 Apparently, Vikram’s shoot might be delayed by a few days until Suriya’s Etharkkum Thunindhavan team wraps up its schedule. Since the Covid scare is still around, local authorities have refused to allow simultaneous shooting of Suriya’s and Kamal’s films.

Etharkkum Thunindhavan has Priyanka Arul Mohan playing the female lead. The film is being directed by Pandiraj and produced under Sun Pictures. On the other hand, Vikram, also featuring Vijay Sethupathi and Fahadh Faasil, is helmed by Lokesh Kanagaraj under Kamal’s Raaj Kamal International’s production.