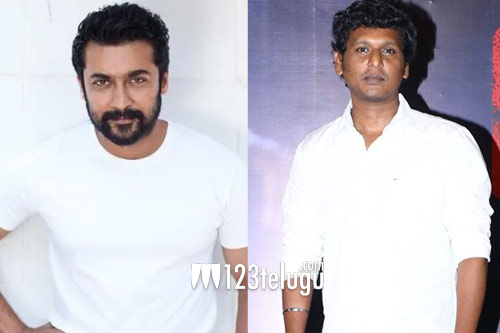 Sometime back, we had revealed that Suriya may collaborate with Khaidi’s director Lokesh Kanagaraj for a project. But there were not many updates about this film.

Now, the news has become a hot topic once again. The gossip is that the project will materialize soon and the star hero has given a green signal to Lokesh recently. A top Tamil production will helm this film as per the news.

Suriya and Lokesh were supposed to join hands with each other for a film, titled Irumbukai Maayavi, in the past, but the project was put on hold due to reasons unknown. Let’s see what kind of a film does Lokesh makes with Suriya.