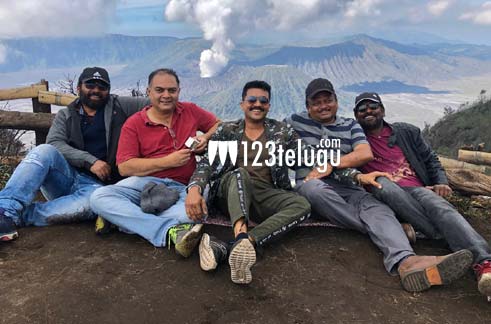 It is a known fact that Suriya is doing a film called Kaappaan in the direction of K V Anand. The makers have also announced the release date and the news now is that Suriya and team are shooting for a song in Jawa Island.

Sayeshaa is the female lead and Lyca Productions banner is bankrolling this highly-anticipated action drama. Suriya is also doing another film called NGK which will also release soon.

Kaappaan will also release in Telugu and the title and other details will be announced soon.