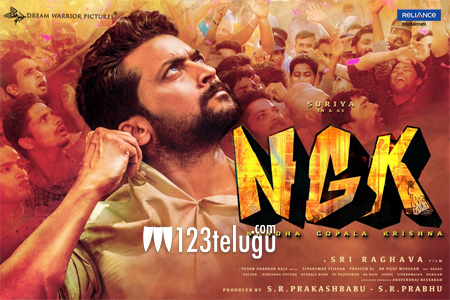 Star hero Suriya’s Nandha Gopalan Kumaran (NGK) has been one of the most eagerly awaited movies of this season. The film was supposed to hit theaters for Diwali, but the makers postponed it due to a delay in schedules.

Now, if the latest buzz in Tamil media circles are anything to go by, NGK’s team is planning to release the film during the Republic Day holiday in January last week. However, we will have to wait until an official announcement is out in this regard.

Acclaimed director Selvaraghavan is directing this intense political drama. Sai Pallavi and Rakul Preet are the heroines and Yuvan Shankar Raja is the music composer. SR Prabhu is the producer.