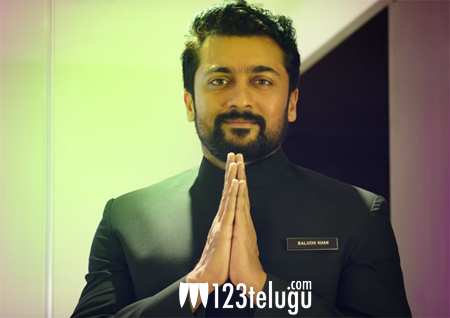 The teaser for Tamil star Suriya’s much-awaited political drama, NGK, was released last week and it has been going viral on social media with nearly 8 million views. Suriya seems to be back with yet another power-packed role as a politician.

Until recently, NGK was expected to hit screens in April second week as a Tamil New Year treat. However, the latest buzz in Kollywood circles reveals that the film may now be pushed to May last week due to a delay in post-production. But, an official announcement regarding the release date is yet to be out from the makers.

Sai Pallavi and Rakul Preet are the leading ladies in NGK. Acclaimed filmmaker Selvaraghavan is the director and SR Prabhu is the producer. Yuvan Shankar Raja is the music composer.