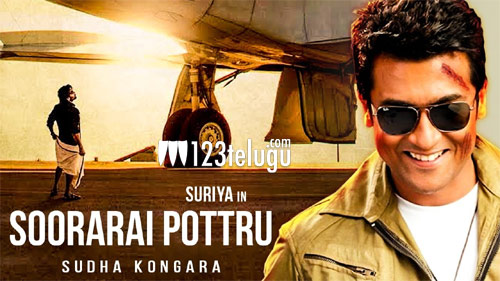 Kollywood star Suriya’s Soorarai Pottru (Aakaasam Nee Hadduraa in Telugu) released in November last year and received a unanimous positive response from critics and audiences alike. Suriya played the role of Needumaaran, which was loosely based on the life of GR Gopinath, a retired Army Captain and founder of India’s first low-cost airline, Air Deccan.

Earlier this year, Soorarai Pottru was selected as one of the ten Indian films to be screened under the Best Foreign Film category at the 78th Golden Globe Awards. This Sudha Kongara directorial also entered the Oscars race in the Best Actor, Best Actress, Best Director, Best Original Score categories.

And now, the film has set a world record by becoming the 3rd highest-rated movie on IMDb. Soorarai Pottru currently stands in the 3rd position with a rating of 9.1, after the Hollywood classics such as The Shawshank Redemption (1994) and The Godfather (1972). 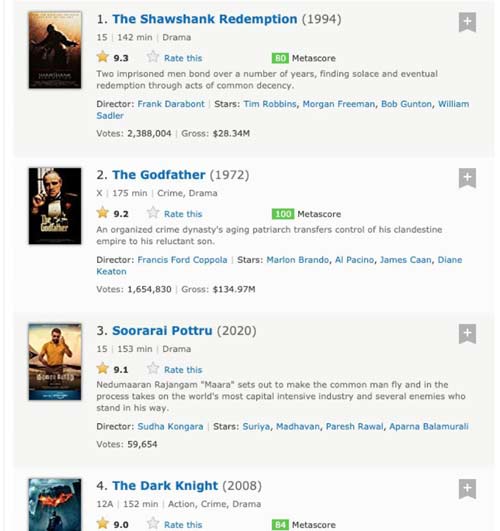