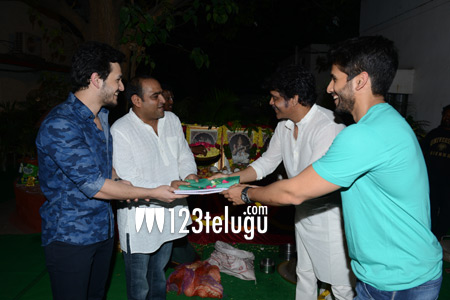 Finally after several months long delay, handsome Akkineni lad Akhil’s second movie has been launched in a surprise manner this evening with a formal puja ceremony. The film’s regular shooting will begin from tomorrow itself.

This movie is said to be a romantic entertainer with typical Vikram Kumar’s wizardry. Nagarjuna produces this movie and more details regarding the film’s heroine and other artistes and technicians will be announced soon.