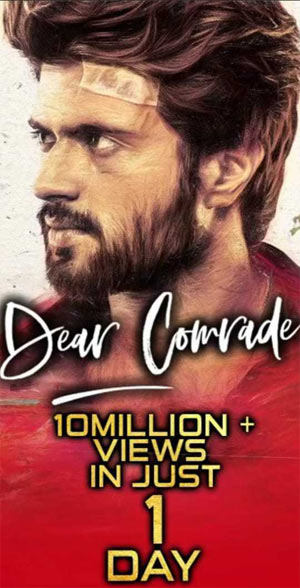 When Vijay Deverakonda and Rashmika Mandanna-starrer Dear Comrade hit the screens, it opened with mixed to positive reviews. However, the film didn’t work well at the box office.

But it sure hasn’t stopped the film from getting continuous love ever since! While the film’s digital premiere on Amazon Prime was received well with a great number of views and good reviews, the latest is that the dubbed version of the film is making a mark as well.

Popular distributor Goldmines Telefilms recorded a massive number of views of over 11 million in just 24 hours of releasing the film on YouTube. Interestingly, this is not an easy task for films of most heroes. This sure makes it looks like Vijay has arrived, and how!