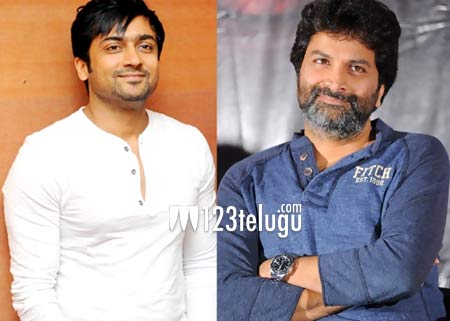 Tamil superstar Suriya enjoys decent stardom in Tollywood. There has been a huge pressure on this young hero to do a straight Telugu film for quite some time now.

According to the latest reports, Suriya is gearing up for with a Telugu film soon, and is currently in talks with star director Trivikram. Reports also reveal that both Suriya and Trivikram have already met and discussed a subject but nothing has been finalized yet.

Suriya is currently busy giving finishing touches to his latest flick Masss, where as Trivikram is busy with his S/O Satyamurthy which is up for release soon. Keep watching this space for more updates on this project.