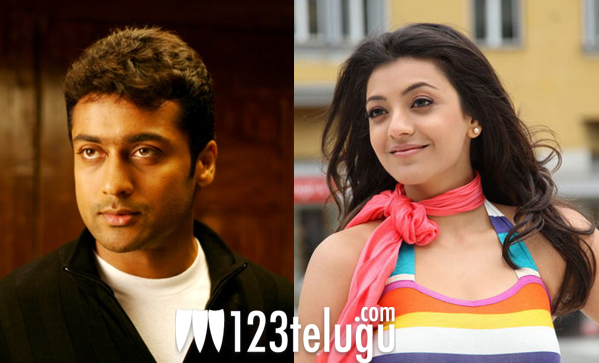 Tamil Star Surya and hot beauty Kajal will soon be seen in ‘Duplicate’. The movie is a Telugu dubbed version of the Tamil flick ‘Maatran’ and K.V Anand is directing this film. The film is being made on a lavish scale and there are high expectations on this project.

Bellamkonda Suresh is producing the Telugu version and Harris Jayaraj has composed the music for this film. The movie will be released this summer and might compete with some of our big Telugu releases.