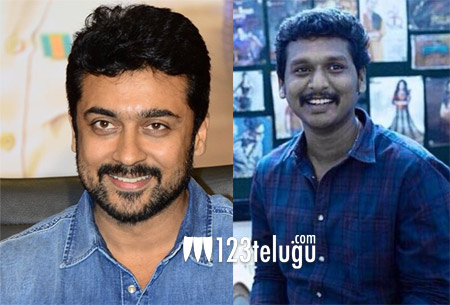 Suriya is one hero who always gives chances to young directors most of the time. He is currently working on a film called Gang and post that film he has okayed another film in the direction of Lokesh.

Lokesh is the same director who made the hit film Nagaram with Sundeep Kishan. The latest we hear is that Surya has given the nod to this film after getting impressed by the script.

An official announcement will be made soon on this news. Watch out this space for more updates on this project.