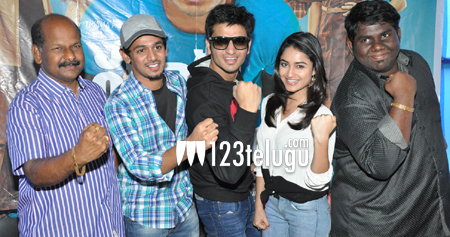 Young hero Nikhil’s Surya vs Surya, which released last week, is doing thumping business at the box office. Initially, it got mixed reviews but later on it picked up well and it is heading towards being a profitable venture. It is currently running with packed houses in all the areas.

As per the latest update, the makers of this movie have announced that Surya vs Surya has grossed 7 crore, to become the highest grosser in Nikhil’s career. It is set to surpass the collections of his previous hit Karthikeya. The innovative concept of the movie and performances of the lead actors have set the tone for the positive buzz.

Actor Nikhil is pretty happy about the verdict and thanked the audience. Karthik Ghattamaneni is the director of this movie. Tridha Chowdary is the female lead and versatile actor Tanekkela Bharani also played a crucial role. Malkapuram Shiva Kumar has produced this film .