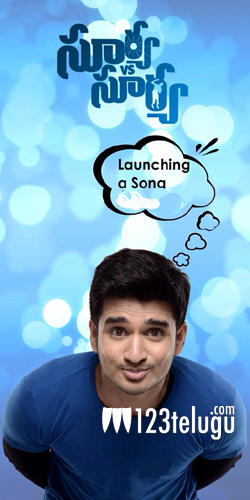 The makers of young actor Nikhil’s yet another variety entertainer‘Surya Vs Surya’ will be surprising the film lovers by releasing a song today. The film is a romantic entertainer with a strikingly innovative concept in which Nikhil plays a young man suffering from the rare Porphyria disorder. The film’s teaser was released on Sankranthi and raised the curiosity levels, and was even appreciated by SS Rajamouli.

Cinematographer Karthik Ghattamaneni turns director with this flick. Tridha Choudhary makes her Telugu debut as the film’s heroine. The film also stars Madhubala and Thanikella Bharani in crucial roles.The shooting of ‘Surya Vs Surya’ is nearing completion, and the film will be released on 14th February as a Valentine’s Day special.