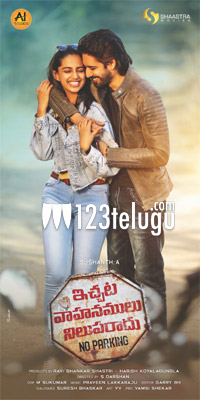 Actor Sushanth, who was last seen in the Sankranthi blockbuster Ala Vaikunthapurramuloo, is all set to launch his new film today. The film is interestingly titled Ichata Vaahanamulu Nilupa Raadhu, with the tagline ‘No Parking’. The film’s muhurtham ceremony will be held in Hyderabad this morning.

Ichata Vaahanamulu Nilupa Raadhu is said to be based on true incidents. The film has Femina Miss Grand International 1st runner up Meenakshi Chaudhary making her Tollywood debut as an actress. The film will be directed by debutant Darshan and is produced jointly by Ravi Shankar Shastri and Harish Koyalagundla. Praveen Lakkaraju is the film’s music composer.