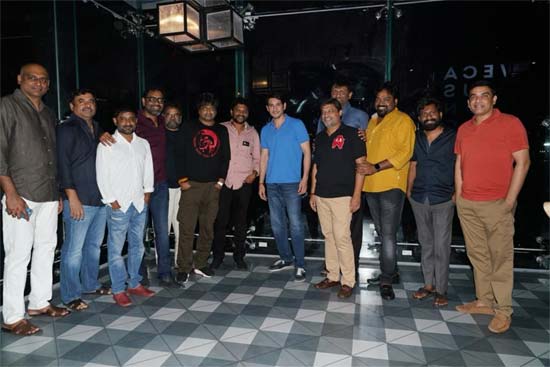 Delighted with the success of Sarkaru Vaari Paata, the producers of the film hosted a lavish success party to the unit.

The grand success party was held at an upscale facility in Hyderabad later last night and even Mahesh Babu attended the same.

The makers are said to be super pleased with the response the film had garnered and they threw a grand party to celebrate the same.