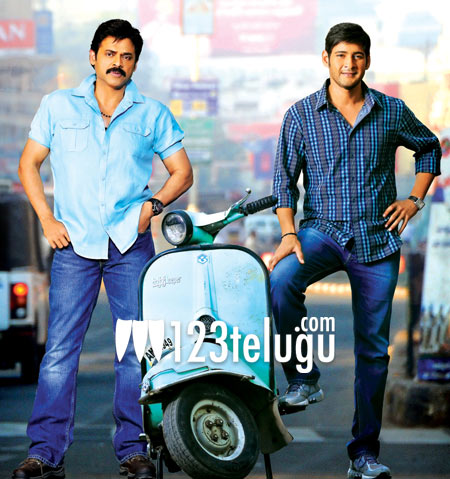 Victory Venkatesh and Superstar Mahesh Babu’s ‘Seethamma Vakitlo Sirimalle Chettu’ is continuing its roaring run into the second week. The film’s collections have been very strong over the weekend in almost all areas and the production team is expressing confidence that the movie would end up being one of the top Telugu grossers of all time.

The movie has already become the highest grossing Telugu movie in USA and several other overseas territories. SVSC has been produced by Dil Raju and Srikanth Addala is the director.

Due to the clean family drama and the star studded cast, family crowds are embracing the movie big time and that is one of the key reasons for the film’s phenomenal performance at the Box Office. Samantha and Anjali were seen as the heroines while Mickey J Meyer composed the film’s tunes.