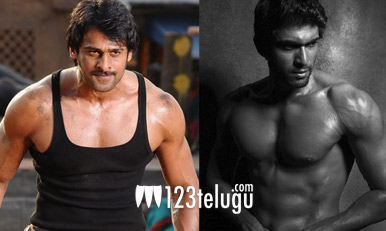 Young Rebel Star Prabhas and macho hunk Rana Daggubati will be seen as brothers in ace director S.S. Rajamouli’s ‘Baahubali’. The two of them have commenced training for the extensive sword fights that are going to be a part of this period action adventure. Actress Anushka will be a part of this project and she is also getting trained in the art of fighting with a sword.

Director Rajamouli posted this on his twitter account “First day of sword fight training 4 Prabhas and Rana.with their height and jumps they looked like giants rather than humans.:) Even Anushka at 5’.10’’ looked their equal. Nice session. only problem is for the DOP to compose them in the frame..:)”

The movie is being produced by Arka Media banner with a massive budget and M.M.Keeravani is composing the music. The film is being readied for a 2014 release.