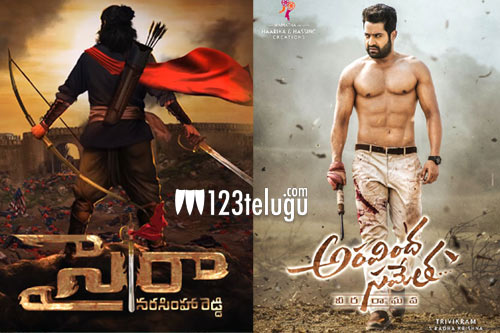 Megastar Chiranjeevi’s Sye Raa and NTR’s Aravinda Sametha are the two most eagerly awaited movies that will be hitting the screens in a few months. However, both the movies are having a tough time controlling the piracy menace.

The makers of both these crazy projects are desperately trying to prevent leaks. But some of the crew members are managing to whisk away after capturing a few on location moments stealthily.