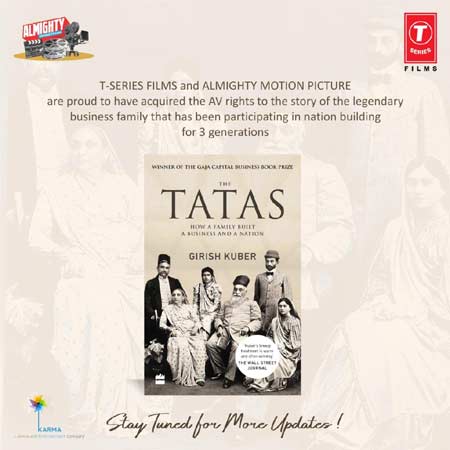 Bollywood, well known for making the majority of biopics, is going to witness another biographical film soon. Noted producer Bhushan Kumar of the well known banner T-Series Films is bankrolling the movie.

Titled The Tatas, the movie is all about the story of the legendary business family behind the Tata group. The makers announced the movie today with a poster. The movie will be filmed based on the famous book of the same name written by Girish Kuber.

Co-produced by Almighty Motion Picture, the biographical movie will have talented actors and technicians on board. The makers have announced that more details will be unveiled soon.