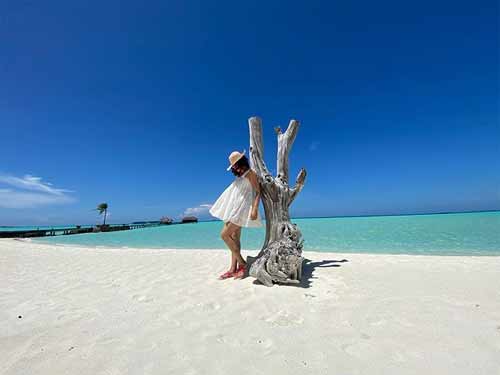 Ever since the film shoots were allowrd to resume, Taapsee has been a busy bee. The actress was in Jaipur recently where she shot for her upcoming Tamil film, alongside Vijay Sethupathi, which is being directed by Deepak Sundarrajan. Buzz is that the film has been titled as Anabelle Subramaniam.

As soon as she wrapped up the schedule, Taapsee flew to Maldives to spend some quality time, along with her sister Shagun. Over the past few years, Taapsee had made it a point to go on international trips along with her sister, and this year, everything got delayed due to the lockdown and Covid-19 pandemic which stopped all international air travel.

The actress is expected to shoot for her upcoming Hindi film, Loop Lapeta later this year, and she also has Shabash Mithu, a biopic on Mithali Raj, in her pipeline.