Taapsee impresses in the hard-hitting trailer of Thappad
Published on Jan 31, 2020 5:08 pm IST 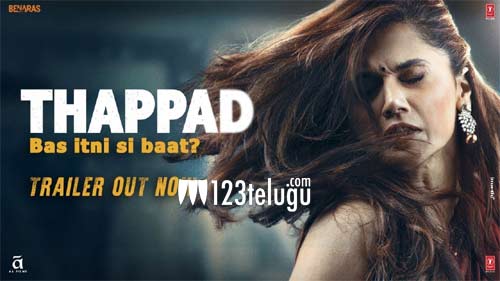 Taapsee has become the brand ambassador of female-oriented films. After doing films like Pink and Mulk, she is back with a film called Thappad.

The Hindi film’s trailer was released today and it has created a solid impact. The film is made on the backdrop of a slap which Taapsee’s husband gives her in the film. Upset with a slap from her husband, she files a case and the entire film is based on this one slap.

This unique story has become the talk of the town and Taapsee is being lauded for her hard-hitting performance. Anubhav Sinha directs this film which is based on a real-life incident.