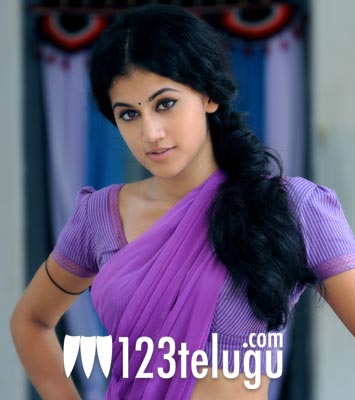 It has been more than two and a half years since Taapsee made her debut in Telugu cinema. In the past couple of years, she has acted with heroes like Prabhas, Ravi Teja, Gopichand and she’ll soon be seen opposite Venkatesh in Shadow. Now, she’s keeping her fingers crossed over her debut film in Bollywood. She’ll soon be seen in David Dhawan’s upcoming film Chashme Baddoor. The film’s first teaser was unveiled today and the response has been good so far. She’s playing one of the four lead roles along with Ali Zafar, Siddharth and Divyendu Sharma. The film’s release has already been postponed thrice and it’s finally gearing up for release on April 5. Meanwhile, she’s busy wrapping up Chandrasekhar Yeleti’s film and her upcoming film Gundello Godari will hit the screens on February 21.