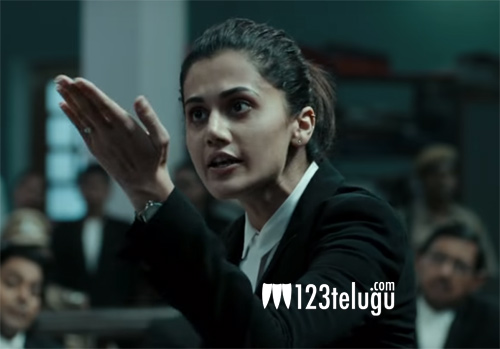 Off late, Taapsee is impressing everyone with some hard-hitting roles in her films. After playing a hockey player, she will be seen as a lawyer in a film called Mulk.

The trailer of the film was released yesterday and has been winning good applause from all over. Based on the sensitive issue of terrorism, this film has Rishi Kapoor as the main lead.

Taapsee performance is said to be the highlight of the film as she is the one who fights the case of Rishi Kapoor who is framed as a terrorist. Anubhav Sinha directs this film which is up for an August release.