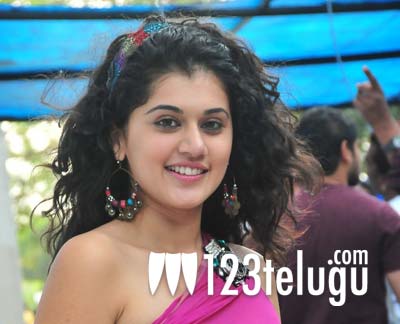 Taapsee is all set to make her debut in Hindi. She’s going to play the lead role in David Dhawan’s Chashme Badoor, which is a remake of a 1981 film of the same name. The film has Siddharth, Ali Zafar and Taapsee in lead roles. Although the film’s shooting started last week, Taapsee couldn’t join the cast since she was shooting for her next Telugu film which has Ravi Teja in lead role. After shooting for couple of weeks in Chennai, Mahabalipuram for her Telugu film, she’s flying to Mumbai tomorrow to join the cast of Chashme Badoor. Meanwhile, Siddharth is back in Hyderabad to promote his latest film Oh My Friend which is doing pretty well at box-office.