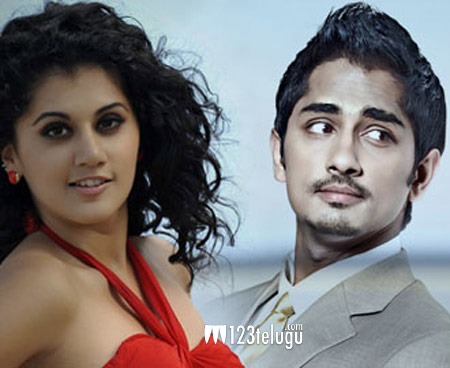 Taapsee and Siddharth are busy these days promoting their upcoming Hindi film Chashme Baddoor. The promotional campaign began recently and both the actors were spotted at a college in Mumbai where they interacted with the students. In fact, the film is all the more crucial for Taapsee since it’s her debut film in Bollywood. The film’s release has been delayed on several occasions and finally it’s gearing up for release on April 5. David Dhawan has directed the film. Ali Zafar and Diveyundu Sharma are playing the other lead roles in this film.