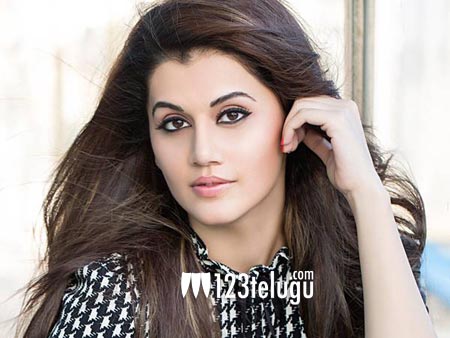 Actress Taapsee is making her comeback to Tollywood after a long hiatus. The dimpled beauty will be seen in a female-centric horror comedy to be directed by Mahi V Raghav apart from Rana’s Ghazi.

Speaking to a popular media house about her absence in Telugu and Tamil movies, Taapsee revealed that she is not being offered interesting scripts down South and that she is in a happy space currently, with the kind of varied subjects in Bollywood such as Pink and Judwaa 2.

Taapsee also said she is enjoying every moment of being an actress and that she will not think twice about quitting films if she stops enjoying her work.