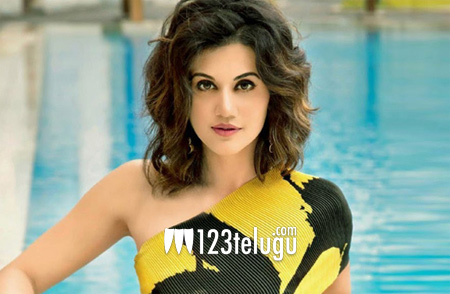 Taapsee is one of the most outspoken actresses in the industry, and she has taken a strong stand against a wide range of issues, including online bullying and trolling on social media. The actress regularly gives a stern reply on Twitter, if anyone tries to act too smart with her.

Now, she has captivated everyone’s attention by doing something similar at the prestigious International Film festival of India (IFFI), Goa. Taapsee was invited to speak about her acting career and as she was explaining about how she started in Telugu & Tamil cinema, before she moved to Bollywood, a man objected to her speaking to the audience only in English. “You are a Bollywood actress, you should speak in Hindi,” a man said. And to this, Taapsee gave a stunning reply saying, “I am also a Telugu and Tamil actress. Shall I talk to you in Tamil?”

Taapsee’s bold reply was appreciated by everyone at the panel and the video has gone viral on the internet. Meanwhile, the actress, while speaking at IFFI, also urged film audience to watch female-centric films in theatres. “If one of these films becomes a hit, it will give rise to five other such films,” she said.