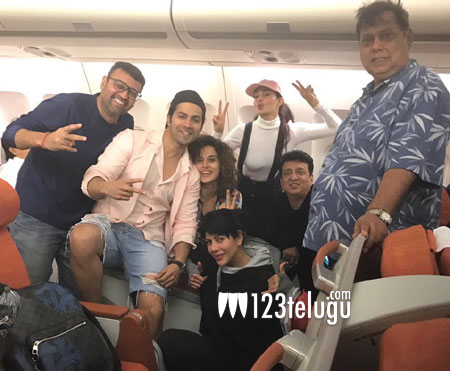 Taapsee is on a roll, especially in Bollywood, with back to back big projects coming her way. After impressing everyone in Pink, the actress will next be seen in Judwaa 2, which has already become one of the most talked about films in recent times.

The team flew to Mauritius recently to shoot some key scenes and songs, and Taapsee has wrapped up shooting her portion in the film. Directed by David Dhawan, the film stars Varun Dhawan, Taapsee and Jacqueline Fernandes in lead roles.

Taapsee is thrilled that she got to share screen space with Salman Khan, who’s making a cameo in this action comedy. Judwaa 2 is slated for release in September this year.