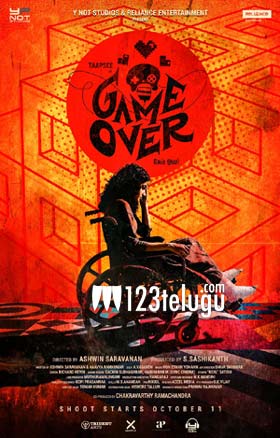 Taapsee has been doing a lot of sensible cinema in Bollywood and South. Her latest venture in the South, a Tamil-Telugu bilingual, has been announced this afternoon. The film has been titled Game Over, and the intriguing first look poster reveals Taapsee sitting in a wheelchair.

Game Over is touted as a thriller. Guru and Vikram Vedha producer Shashikanth is producing the movie in association with Reliance Entertainments. Nayanthara’s Maaya director Ashwin Saravana is directing the movie. The film’s regular shooting will begin from tomorrow.