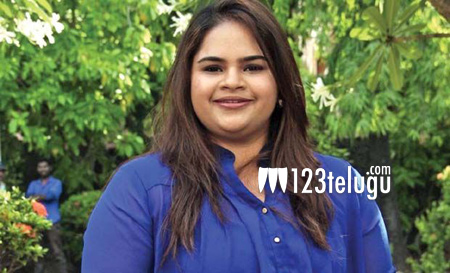 Within no time, lady comedian, Vidyu Raman has become quite famous in Telugu. She has a handful of films lined up in her kitty and is seen in most of the star hero films these days.

But in Sushanth’s new film, Chilasow, Vidyu will be seen in a very serious role for the first time in her career. An excited Vidyu took to her Twitter and shared this news about her role and thanked her director for showcasing her in a very interesting manner.

Chilasow is directed by actor turned director Rahul Ravindran. The shooting of this film is halfway complete and will hit the screens in early 2018.

I would just like to take this time to thank @23_rahulr for being an unbelievable first time director. He handled #ChiLaSow like a veteran! Thank you so much for thinking out of the box and giving me a serious role. You won’t be seeing me in a comedy role in this one guys 🙂