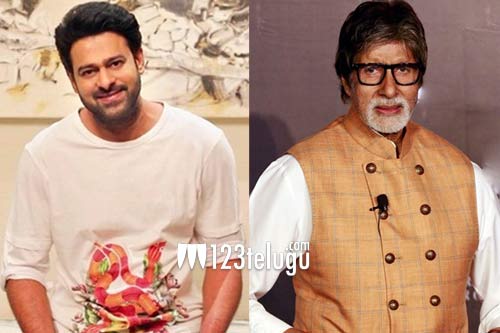 It is well-known that the makers of Prabhas-Deepika Padukone’s high budget sci-fi thriller have roped in Bollywood Big B Amitabh Bachchan for a prominent role in the film. As per the reports, Amitabh will be seen throughout the film and has a strong presence in the script.

Meanwhile, the latest gossip is that producer Ashwini Dutt has offered a flat pay cheque of ₹25 crores to Amitabh to bring him on board. Reportedly, his part of the shooting will commence completely in specially erected sets in Mumbai.