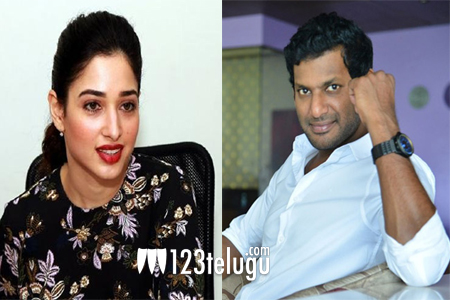 Tamannaah is on a roll these days with back to back films lined up in Telugu and Tamil. While she’s expected to come onboard Raju Gari Gadhi 3, which will be directed by Ohmkar, the actress has reportedly yet another film where she’s paired with Vishal. The film is going to be directed by a newcomer.

Interestingly, Tamannaah’s characterisation will involve a lot of mind games, and she’s quite excited about what’s in store for her. “It is quite challenging as my role demands not just physical strength but also a lot of mental forte. There is a lot of mastery required in mind games, even when you’re playing it on-screen and that’s something that doesn’t come very easy to me. In reality I’m quite the opposite, easy going and authentic, so getting into this character will be quite intimidating to be honest,” the actress said in a statement.

Apart from this film, Tamannaah also has another film with Vishal which will be directed by Sundar C, and she’ll also be seen in an important role in Sye Raa Narasimha Reddy.